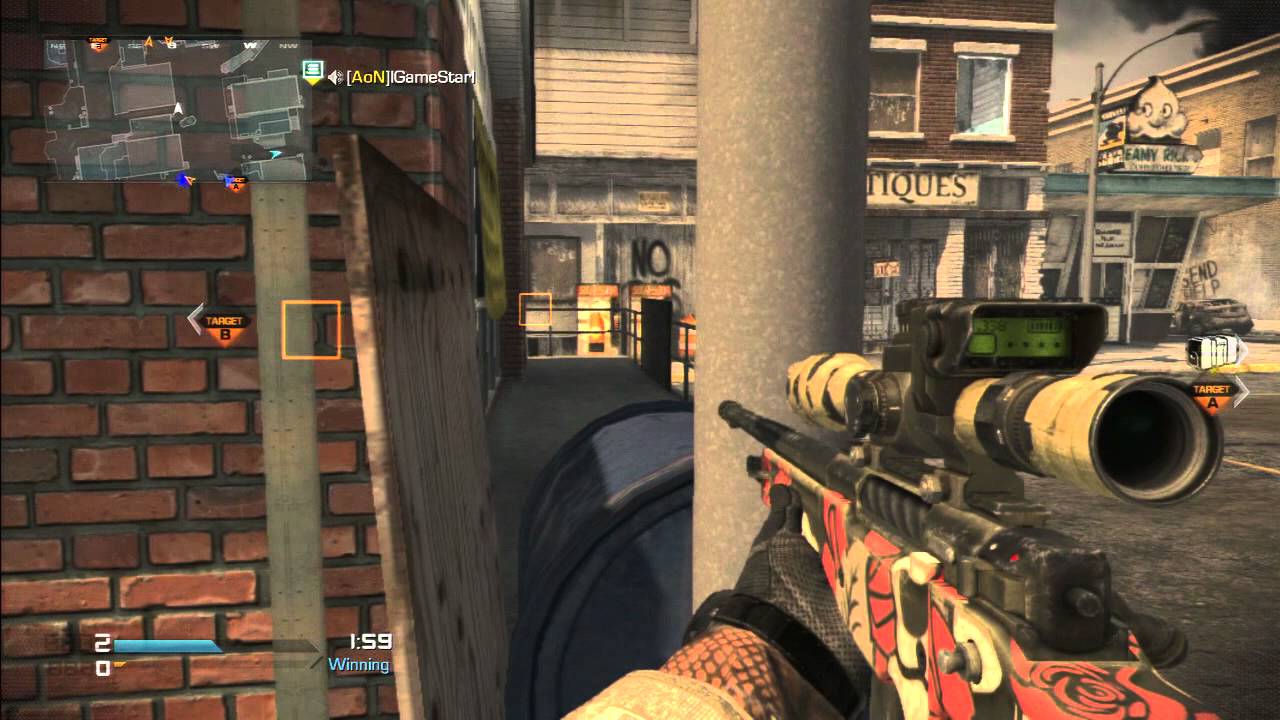 
We felt that Modern Warfare had completed its story arc and we wanted to start a new one that would be in a completely refreshed universe. We just carried that theme throughout the entire project. I mean, in terms of formula there are pieces that are very obviously Call of Duty, but with multiplayer, we just felt that we were going to take some bigger risks — we changed some systems that have been pretty sacred since Modern Warfare.

It's the multiplayer that I've seen most of so far. The new character system, which does away with anonymous custom load-out mannequins in favour of actual customisable soldiers all with their own kit.

The emphasis on ground warfare rather than aerial killstreak blitzkriegs. There are 30 new weapons, including a new class of marksman rifles; Perks now have a points system, allowing you to buy several weaker options or opt for one or two really meaty specials.


None of this represents the big risk that Rubin alluded to. We really branched away from that. Dynamic maps won't always mean destruction. You can blow up a gas station or parts of the wall in some environments, but in others you can move objects or open and close doors to change paths. And there are other maps where it's about full-on massive change. So in Strikezone, when someone earns the relevant care package from completing a Field Order challenge, they can destroy the entire map.

Then there are the more environmental non-player controlled versions of that. So we have a map where the environment is falling and as it falls things change, like walls collapse or paths alter — you're fighting in a crumbling world. The whole idea started with the concept of bringing campaign cinema beats to multiplayer. We chat about the maps I've seen so far; the abandoned sports stadium in StrikeZone, the wrecked cityscape in Chasm … How do these designs start?

Usually when we pitch things to each other, the person being pitched to attacks the idea — it's how we're used to doing it, playing the devil's advocate. You have to defend your ideas. If you can't do that straight up then it's not good enough to continue with. Later someone will make a prototype and we'll try it out, get lots of feedback, make lots of changes and continue the iteration. Blitz didn't start out the way it is now, it has shaped itself over many playtests. So what's the hit to waste ratio during this process? Early on, we had a group of maps that were really fun and I thought they'd ship, but we keep going, keep going and they don't work out.

There's a lot of that stuff on the cutting room floor. That's a general philosophy for us — we're really good at cutting. If it doesn't make the game better, it doesn't belong. I'm interested in this process — after-all there must be a financial impetus to just keep everything. In these days of downloadable content, each map represents potential revenue. So if creativity and gameplay rule, I want to know what makes a classic map, and how easy one is to spot. There have been some fantastic ones in the CoD lifeline — Crash, Terminal, Crossfire — but also some stinkers that somehow made it though; maps with horrible camping spots and site lines that strafe the whole arena.

What's clear is that there is a formula: You learn the layout and you exploit it. The same tricks always work the same way. Ghosts is in on that of course, but Rubin insists that his team is playing with some of the conventions this time round. From one end to another isn't that long, but there are a lot of twisting routes.

We're trying a more organic new style of design; we wanted to come up with some maps that don't feel like gameplay arenas, that feel like real places, but still have the necessary routing to make them play like Call of Duty," says Rubin. Chasm fits into the organic style. It's a broken down building on the edge of a giant crater from one of the Odin strikes [the massively destructive super-weapon that forms the basis of the single-player campaign] — the paths all flow in and out, they're like spaghetti going over and under each other.

So there are no choke or skirmish points? There's a section where you're in a broken building with an elevator where the shaft around it is damaged and it's just hanging by a few wires. You can run and jump onto the elevator and then on to the floor on the other side.

But I've watched players take a C4, throw it on the elevator roofs as they pass, then fire it off to cause the elevator to fall, taking anyone following into the shaft. I wanted to talk about the stuff people don't like — at least people not entirely embedded in the CoD community. The over-riding power of certain killstreaks for example. We felt … let's get people's heads back down to ground level. We still have some air stuff — it's important to have that balance.

But there are less air-based killstreaks now. The other thing people always pick up on is the Infinity Ward engine — the rusting battery that's been powering the series for many years, with seemingly only the occasionally half-hearted re-charge. Ghosts has a 'new' engine apparently, but what does that mean?

How new is new? Rubin takes it in his stride. Some of them are much broader: That's a new tech that effected everything in the game. It all had to be rewritten to work with that system. Sometimes it's a few lines of code, but it can require massive changes. So the engine starts with what we had before, but it changed dramatically over time. Actually, you know, I don't really care about the engine — and for all the faults of CoD, one of the things I like about this game is, it doesn't much care either. Obviously, it cares that things work, but the engine is there to service the flow of the action, the frames-per-second hyper-pace of spawning, shooting and sprinting.

Whatever this game is, whatever it says about us that it's the biggest entertainment leviathan on the planet, it just wants to get its bloody job done. And some of the biggest changes are to the flow state of the game — the fact that players can now knee slide across the ground into cover, or vault seamlessly over obstacles. These are little additions we know well from other games, but here they will make more of an impact than, I don't know, super advanced particle effects. Anyway, I want to get away from all this. I want to talk about the future. Infinity Ward must have looked across at Respawn and wondered what those guys, those ex-colleagues, were up to.

And now we know. It's Titanfall, the undisputed winner at Gamescom. There's this new game design concept — mingle player — that seeks to merge single- and multiplayer components together into seamless experiences. There's Destiny lurking out there, too. Does the rigid structure of CoD have a place in this nascent universe? Can the centre hold? What about this brave new era of campaign multiplayer and online narratives? I think there will always be a mass audience that wants one aspect of the game, and not the others.

Home Discussions Workshop Market Broadcasts. Vitdom View Profile View Posts. Here's how to avoid getting into laggy matches. Apparently the devs think a ping of is acceptable. Anyone can fix the lag by themselves. Open up the folder Find the line that configures your maximum matchmaking ping and change it. Last edited by Vitdom ; 7 Nov, 2: Showing 1 - 15 of 81 comments. Agreed, they love to ban people for fixing their lazy releases.